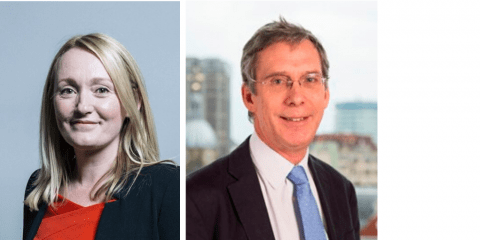 Nobody foresaw a pandemic when we published our Co-operative Commission report in January.

Nine Commissioners and two councillors, all holding a conviction that principles of cooperation should help shape the future of Greater Manchester, spent quite a lot of time and energy advocating on behalf of a rather unfashionable approach to business. If we’d had a crystal ball, we might have spent our time rather differently.

The clear evidence of the last few weeks and months is that in times of difficulty, people cooperate: they work together to collectively meet their shared needs. The trust that apparently people lost during the political storms of Brexit is still there after all.  Furthermore, the recent evidence shows that community-based cooperation doesn’t wait for permission, funding or structures: it just gets on with it. It doesn’t need institutions, just people working together for the benefit of themselves and others around them.

Who needs a Commission? A pandemic proves so much more powerfully what we wanted to say.

But if cooperation comes so naturally to human beings, why do people who believe in its values and principles spend so much time evangelising about it? Why were eleven people who believe in the power of cooperation asked by the Labour and Cooperative Mayor of Greater Manchester to provide cooperative ideas about how to help GM become one of the best places to grow up, get on and grow old?

The answer is simple.

Because the way the world works, the way business works and the way many institutions work is driven by competition, not cooperation. Competition is the driving force behind most enterprise, and the incentive that it provides is private gain – economic rewards. There is a tacit assumption by most people that that’s the only possible way things can operate; that there’s no choice. The hard reality is that choice has been lacking – especially in the areas which have seen little or no investment, and where there has been nothing to ignite the inclusive growth desperately needed. Competition is hard-wired into today’s world.

Challenging that view is hard work. Even though there is plenty of evidence within the UK and around the world that business founded on cooperating provides enormous social benefits, there is an unequal struggle with the prevailing approach which is known to be the engine of the world’s economy. Too many people have got too much to lose.

At times like this when lots of people have a glimpse of a different world, there is an opportunity to get a message across. The opportunity arises because, for all the suffering caused by a pandemic and the necessary response to it, this different world appears and feels rather attractive. Actually, and ironically, it also feels normal; but that’s only because we have come to believe that the other, rather more unkind, self-centred way of the past is the norm. Can we learn from this, and use the opportunity?

The brief opportunity which we have is to do the following:

Faced with the evidence of how civil society is currently contributing to the nation’s well-being, and why competition in many respects is currently on “hold”, winning the argument for cooperation rather than competition should be easier.

But winning the argument is only the first step. Unless we are happy to return to the way things were before, then we need to take steps now, whilst the memory is still fresh and the evidence is still before us, to build a consensus to do things differently, to adjust the hard-wiring. This requires political leadership, underpinned by grass-roots support. Without a collective agreement that the old ways aren’t working, and that together we must explore and test different ways, then obviously things will just revert to the way they were before.

The other essential step is to make changes now to ensure that collaboration is embedded in the way that we plan the future, and to start projects now which will bring about change.  It isn’t enough just to agree to take a different view. We must now start doing things which set a different course. Businesses must be incentivised and opportunities must be created for them to explore other forms of ownership and governance. Workers must be given a voice and the chance to become active participants in a commercial endeavour. Customers, clients, passengers and patients must be encouraged to behave differently, to have different expectations.

The Commissioners have been asked to help push forward cooperative initiatives which will help Greater Manchester to build back better and to make sure that what follows the pandemic will not be a return to business as usual, but something better, cleaner and fairer.

We are delighted to respond to that. We are passionate about wanting people and institutions to continue cooperating out of lock-down: not to lapse back to competing with each other at the first opportunity.

The Greater Manchester Combined Authority is an Associate Member of the Network.