The birth of mutual banking makes a compelling story. It features collective endeavour, a rise from rags to riches, and it even starts in a pub.

This article was originally published in STIR Winter 2022: Whatever Happened to the Future of Money? To buy the issue click here, or to purchase an annual subscription to the magazine click here.

This article draws on two decades of work by co-operative thought leaders including Cliff Mills, Peter Hunt of Mutuo, and David Alcock of solicitors Anthony Collins and is based on a project led by the Mutual Banks Association. I am grateful to the other members of the project team, Fionn Travers-Smith and Jules Peck, and also to Esmee Fairbairn Foundation for funding this work. Errors and omissions are the author’s alone.

Richard Ketley was the landlord of the Golden Cross Inn in Birmingham, but history remembers him for starting Ketley’s Building Society in 1775, which allowed its members to pool their savings and take turns to build a house. Fifty years later there were 250 building societies across the UK. Meanwhile, the Reverend Henry Duncan founded what is considered the world’s first savings bank and origin of the Trustee Savings Bank movement in Ruthwell, Dumfriesshire in 1810.

Ketley and Duncan’s pioneering vision adds to the aura of Britain as the birthplace of mutuality. But like the annual ritual of the John Lewis Christmas advert, this cosy firelit nostalgia offers only fleeting respite from the harsh, cold winters of economic inequality and eco-social destruction inflicted by Amazon, Goldman Sachs, and the dominant institutions of extractive capitalism.

The Trustee Savings Bank was swallowed whole by Lloyds Bank in 1995. Two years later, the building society sector lost over 60% of its assets in the demutualisation of four societies. No new building societies have been formed since 1981. And as important as they are, building societies cannot offer the full range of banking services that social banks deliver in other countries, including the vital lending to small businesses that is a cornerstone of local economic prosperity.

Now for two alternative stories. In 1864, Friedrich Wilhelm Raiffeisen formed the first co-operative lending institution in Europe, rescuing farmers from the clutches of loan sharks. Today, there are 2,700 co-operative banks with 85 million members, 214 million customers and €8 trillion worth of assets across Europe. They punch above their weight in lending to small businesses and support regional economies by reinvesting savings locally. Pre-levelling, if you will.

In 1816, only six years after Reverend Duncan’s savings bank, the Provident Institution for Savings was chartered in Boston as the first US mutual savings bank. Today there are 494 mutual banks with total assets of $374 billion. This impressive sum is surpassed by over 5000 credit unions with $2 trillion of assets and 127 million members.

Socially-orientated regional stakeholder banks are mainstays of most industrial economies, but not in the UK. Why is this, and what can we do about it?

In Germany and the US, mutual banking included commerce from the very beginning, whereas the origins of mutual finance in the UK seems to have confined the movement to personal finance, insurance, and mortgages.

This has been compounded by neglect by governments of all colours. Thatcherism was actively hostile to mutuals, which were pushed, sometimes willingly, into selling out generations of past and future members for a fleeting moment in the stock market sun.

But fertile ground for growing co-operatives needs more than the absence of predatory pests. It also requires a comprehensive, effective, and favourable regulatory environment. For mutual banking businesses, this is absent.

Company and charity law have been regularly and comprehensively updated to ensure they are fit for purpose. In contrast, the Co-operative and Community Benefit Societies Act 2014 was a consolidation of various pieces of legislation essentially unchanged since the Victorian era. The UK’s legal and regulatory environment for co-operatives was rated by Cooperatives Europe to be among the weakest and least friendly in Europe.

This is particularly true for banking. As a highly regulated industry, the corporate form has to be capable of meeting modern standards of bank capital and specific considerations around governance. Victorian laws on mutuality do not cut it in the modern banking era.

For this reason we have been working with stakeholders to design a new constitution under the Companies Act 2006 that can meet the requirements of mutuality, including one member one vote, and also pass three key tests.

First, that the purpose of the company is firmly entrenched in the common good rather than private benefit.

Second, that the capital structure can meet the demands of banking regulation, attract the early-stage risk capital necessary for a start-up, and remain co-operative in nature.

Third, that the democratic structure gives meaningful influence and voice to all key interests – customers, workers, capital providers and the wider community – and allows tensions to be resolved through fair and deliberative processes.

For the common good

Co-operative principles express both private interest in serving members’ needs, and public service through education, concern for community, and co-operation among co-operatives. In ‘Cooperation for the Common Good’ Alcock and Mills present a legal and historical argument for seeing co-operatives as “enterprise for the common good” in contrast to private companies limited by shares, which default to serving the narrow private financial interest of shareholders.

Ultimately, paternalistic statements of corporate social responsibility, and the legal requirement to ‘have regard to’ the interests of other stakeholders, do not alter this reality. The directors’ duties are crystal clear. Maximising shareholder value trumps everything else. Even though B-corps exhort directors to seek positive social and environmental impacts, the shareholders still ultimately call the shots. Society and the environment have no recourse to enforce their interests in the company rules.

But the Companies Act allows a different purpose to be specified. Re-coding the operating system in this way changes everything. Our directors’ duties will be to the common good rather than private interests.

This is potentially challenging for some conceptions of co-operation. It does not swap the master and servant relationship by giving workers the whip hand over capital. Neither does it place customers on the throne with workers and capital as the supplicants. Instead, it recognises customers, workers, capital and community for what they are – co-operating participants in an enterprise.

Where members’ capital is built up slowly over centuries through reinvestment of surpluses, this is not too discordant. However, where the quantity of capital required is beyond the pockets of customers and workers, and the risk of total loss is unreasonable for those of ordinary financial means to bear, external capital is the only equitable option. But on what terms?

The International Cooperative Alliance guidebook suggests that the financial return to capital should be fair and not exceed the minimum required to attract it. There is a presumption that shares should not be traded speculatively. This has led to forms of equity capital that try to behave as if they were debt instruments, with a fixed return and stable value.

However, banking requires true equity capital that has variable returns. Unlike building societies that have had decades or centuries to accumulate reserves, start-up enterprises cannot afford to pay investors until they have become profitable – a process that usually takes many years. Debt instruments do not work.

We have designed a form of equity that complies with banking regulation and can pay higher returns to the earliest investors who bear the highest risk. Bank shares cannot be withdrawable, and therefore as tradeable instruments the value will rise and fall. But members always remain in control of capital. Part of annual surpluses must be reinvested in indivisible reserves each year, and there is a cap on dividends to capital shareholders.

We hope this structure can open new possibilities for co-operative start-ups to invest and grow to compete with venture-capital backed firms, for example in the digital platform economy, by addressing what Simon Borkin and Nesta termed ‘the capital conundrum’.

Early forms of co-operatives recognised three types of member: custom, worker, and capital. We will add representation for the community, incorporating the natural world and future generations.

One member one vote is foundational. But if you have hundreds of thousands, or even millions of members, can they effectively scrutinise directors and hold them to account through the limited vehicle of the annual general meeting?

And if one type of member – customers – are numerically dominant, how can we ensure that we hear the voices of other members?

Where the interests of different parties collide, which we must recognise as part of real life, how can tensions be resolved fairly for all parties?

Where directors are selected for their professional experience and skills, a prerequisite of being licenced as a bank, how can they remain deeply rooted in the views and concerns of members?

Our answer to these questions, drawing on precedents in housing associations and NHS trusts, is to create an elected body to represent members.

The Members Council will include elected representatives of customer, worker, and capital members as well as co-opted community representatives. No single constituency can dominate. Customers are the largest group, with workers and capital represented equally. The Council will be supported with resources and training to effectively scrutinise board performance and safeguard the mutual’s ethos and mission.

It also acts as a valuable resource for the Board in developing effective strategies and business plans. In our model the Council will be advisory, with full control retained by the members at general meetings. It will support members by publishing independent reports on performance, recommending how to vote and setting out the reasons for its conclusions.

This journey was driven by the barriers we encountered to establishing regional mutual banks in the UK. But we soon came to realise we had an opportunity to innovate for the advancement of co-operation.

Co-operatives are community-orientated, and we have built on this to entrench a common good purpose, consciously including potential and future members as well as current ones. Similarly, we want to model forms of deliberative democracy that can give voice to all the parties in a mutual enterprise.

Finally, we have to recognise that for certain industrial sectors, and particularly for start-ups, we need to find innovative capital instruments that reflect the scale and risk of the investment required.

Unlike a grocery store in the 1840s you simply cannot bootstrap a bank. But by re-engineering the limited company as a democratically controlled multi-party co-operative with co-operative capital instruments, we can create new 21st century co-operatives at scale. 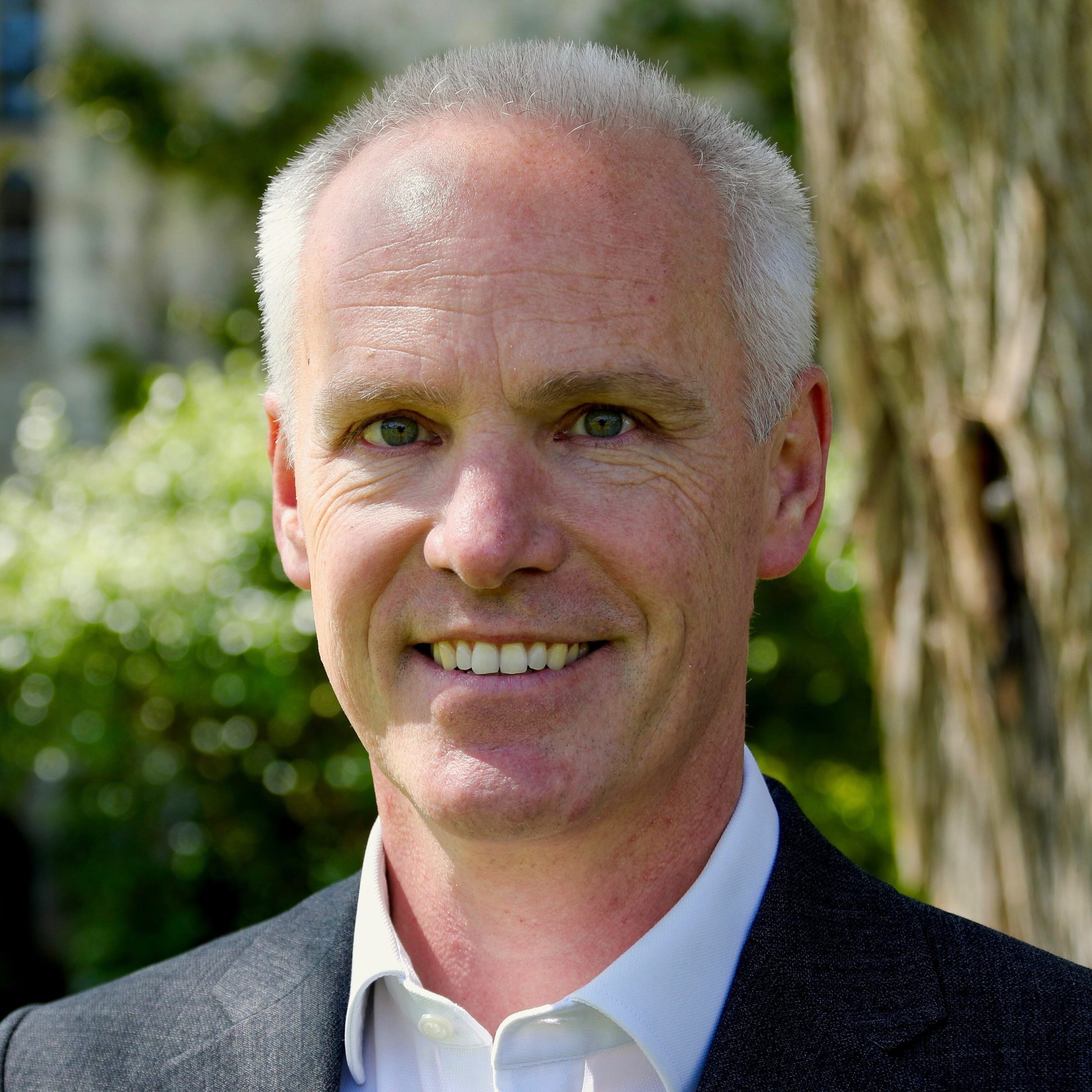 Cllr Louise Gittins – COP26 is a unique opportunity to change how we tackle the climate crisis.