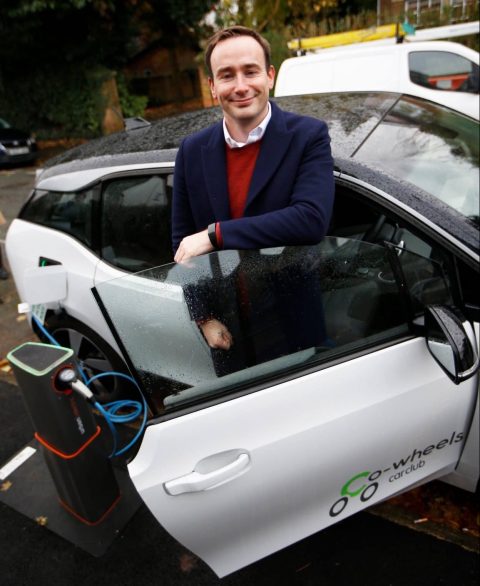 Indeed, there isn’t a problem facing local government today to which there isn’t a co-operative solution, and that’s especially true of our climate crisis. Oxford City Council is proud to be a climate leader. We stand alongside our community of co-operative councils in proposing co-operative and hopeful solutions to our shared crisis.

A few days ago, the City Council convened the city’s first Zero Carbon Oxford summit, bringing together major players and employers. In line with the law of the land, Oxford will be a Zero Carbon city by 2050. Still, we’re an ambitious city, and together we signed a Charter signing us up to the science-based ambition to be a net-zero Oxford by 2040—a whole decade sooner than the national legal target.

Co-operation is at the heart of our response to the climate crisis. The leaders of Oxford’s key organisations, our Anchor institutions that bear the city’s name so proudly, recognised that we have the opportunity to go further and faster than the national target. In stating that shared ambition at our Summit, we also set out our aim to help the UK set a hopeful example to the countries that will need to raise their ambition at the UN climate summit in Glasgow this year.

Those organisations will form a new Zero Carbon Oxford partnership with many others to drive action. Set up and convened by the City Council, this partnership brings together anchored institutions to focus on critical activity areas. In particular, it addresses the most significant source of citywide emissions (transport and buildings accounting for 17% and 81% of emissions, respectively).

The City Council paved the way for the Summit by detailing our road to Zero Carbon by 2030 and net zero in 2021. We’re no longer in the business of carbon management; we’re in the business of carbon elimination. A few days before the Summit, we produced our robust and accountable plan. This strategy will ensure the City Council’s activities will no longer contribute to the climate crisis from our use of gas, electricity, water, and fuel (Scope 1, Scope 2, and some Scope 3 emissions). This plan directly results in annual carbon emissions being reduced to zero. We will no longer burn fossil fuels in our vehicles, which will have transitioned to electric or zero-emission. So, we will not contribute to local air pollution which has such negative impacts on public health.

This plan does not start from scratch. We are not creating a new ambition— we’re upping it from annual reductions of 5% to 10%. From 2014/15 to 2019/20, underlying CO2e emissions decreased by 23.5% and 45.8% in emissions after purchasing certified grid renewable electricity. Council activities account for one per cent of the city’s emissions and, although we’ve slashed our emissions by significant amounts, we want to eliminate 100 per cent of our footprint. Ours is a scientifically based, robust action plan. We have just secured £10.9m of investment in the Council’s decarbonisation efforts so that we can meet a third of our funding gap to becoming Zero Carbon by 2030 in this year alone.

Foremost among our budget proposals just passed a few days ago is our ambition to be a zero-carbon council by October 2021. We will buy certified green gas and electricity and offset remaining emissions through tree planting in south-east England. This action will become our staging post to a Zero Carbon Council by 2030 or sooner — we want to move quickly to ensure we do not contribute to the climate crisis. We have also just approved £50m to retrofit our council stock to EPC rating C or above across the next decade — this also appears to be the most ambitious such project of any stock-holding Council.

Our climate emergency budget is built upon a Citizens’ Assembly’s shoulders steeped in the co-operative model. Our local representative democracy is healthy, but when we need to mobilise every individual and community to combat climate breakdown, we knew that we needed to hear from a representation of viewpoints. That’s why we established a Citizens’ Assembly on Climate Change, the first by a UK city on the issue. The message was clear: 90% of Members, drawn from all backgrounds, provided potential benefits and trade-offs, said to go quicker than the national legal target.

This year, the Council also rolls out our Zero Emission Zone to restrict polluting vehicles in the city centre. It plays our part in launching the UK’s largest EV charging hub, as well as several significant policies. We set up and still sustain a social enterprise called the Low Carbon Hub, recently providing a third loan to grow community energy, this time for £2.3millon. Through better business models, we’re accelerating the shift to renewable generation and putting energy and power in the hands of the people.

But could we do more? This is why we’re members of CCIN and want to hear more from our partners. It’s time to be more hopeful. The climate crisis causes concern, but it’s now forcing action to make a lost sense of community – so essential to happy lives – a reality once again. At the heart of Oxford’s most ambitious visions backed by Assembly members was our co-operative spirit and new models for bringing people together.

We are leaping forward to create a greener, kinder, and co-operative city. We hope that one day, following our Assembly and our community’s hard work, the city’s present will be better than the past, and all our futures will be brighter still.