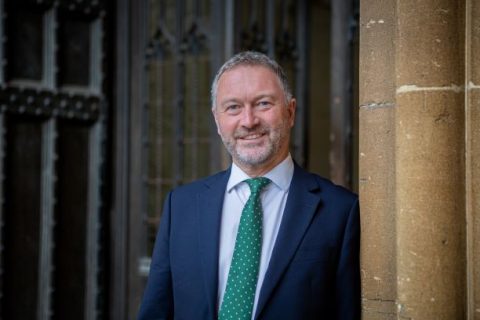 Local government has done an extraordinary job in getting communities through the Covid-19 pandemic.  In a very real sense, they have become the fourth emergency service – but they have been hampered by a Conservative government whose incompetence and indecision has held them back and let them down.

They have wasted £22bn of taxpayers’ money on a test and testing system that doesn’t work and hundreds of millions of pounds of public money on contracts that didn’t deliver. They broke their promise to fully compensate councils for the cost of Covid, leaving them with a £2.5bn funding gap that’s already led to cuts and job losses while our country suffers the deepest recession of any major economy.

The pandemic has exposed two major problems affecting our country; the chasm of inequality, and the failings of an over-centralised state. Covid disproportionately affected Black, Asian and ethnic minority communities, poorer neighbourhoods and our lowest paid workers because of the disadvantages they already face from inequality. And one of the reasons government failed on PPE distribution, testing, contact tracing, shielding and self-isolation payments is because they tried to control everything from their ivory towers in Whitehall instead of letting the experts on the frontline take the lead.

The success of Labour councils locally during the pandemic contrasts starkly with the failure of the Conservative government nationally. It makes the case for why we need to open up power if we want to rebuild for a better future. As we emerge from this pandemic, we cannot return to business as usual.

The constitutional commission that Keir Starmer has announced will engage the whole country in a debate about how we devolve power from Whitehall into the nations, regions, cities, towns and other parts of our country. But this can’t just be about shifting power from one set of politicians to another.  Town halls that refuse to engage with their local communities can feel just as remote and controlling as Whitehall.

We need a new focus on empowerment that gives people a voice and the power to use it in their community, over the public services they use, and in the workplace as we create economic democracy to secure an economy that works for everyone. One that provides opportunities for all, restores people’s pride in where they lives and gives families the security to prosper.

Trying to control everything from Whitehall failed during the pandemic, but it’s also why so many parts of the country have been held back economically over recent decades. Different parts of the country lacked the power they need to bring in investment, rebuild infrastructure or upskill their workforce.

The Conservatives are pulling our country apart – that’s obvious from the visible inequalities of health, wealth, education and opportunity that now divide us. It’s shocking that the UK, the sixth wealthiest country in the world, includes some of the very poorest regions in Europe. It’s shocking that, in the middle of a global health pandemic, the Conservatives are cutting back social care for older people in many parts of the country by making funding dependent on council tax, which raises less money in poorer areas.

These inequalities came about because of the inequality of power that underlies them. That lack of power prevented people from protecting themselves, their families, their communities and their regions.  Countries that become unequal become weaker because they fail to tap into everyone’s potential and have to pay the costs of poverty in dealing with higher levels of crime, family breakdown and ill health.  Making Britain more equal isn’t just a moral imperative, it’s our patriotic duty because we love our country.

The debate about whether and how much to open up power cannot be a debate about politicians. It’s a debate about how much we trust the people. We can only rebuild the shattered trust in politics by showing that we trust the people to play a bigger part in the decisions that shape their lives. This isn’t some radical new concept, it’s called democracy, and the way to protect democracy from the threat of right-wing populist nationalism that now threatens it is to deepen democracy so its strengthened roots can’t be ripped out. At the next general election, Labour will want to win power to give power away.

The Conservatives have divided Britain by deepening inequality across regions and within communities.  Labour’s task is to bring Britain back together to make our country fairer because that makes our country stronger. Every British citizen, wherever they live, whatever their background, deserves the opportunity to achieve their full potential, because that benefits them and all the rest of us at the same time. The government’s failures during the pandemic have shown us that Whitehall doesn’t always know best. The way to build hope of a better, fairer future is to tackle the inequality of power that’s holding our country and our people back.