In 2015 Barcelona elected a radical Mayor Ada Colau with a background in grassroots activism and for the last four years the city administration has been promoting what they refer to as the social and solidarity economy (SSE). This includes a range of empowering business and organisational models (including co-operatives, social enterprises and non-profit organisations) which can make a difference to the lives of some of the city’s more marginalised communities.

Over the past three years the city has invested around 13 million euros in its efforts to promote and grow the social and solidarity economy. This has been based on a strategy (the Impetus Plan) which aims to consolidate the existing social economy enterprises and promote and support new initiatives. 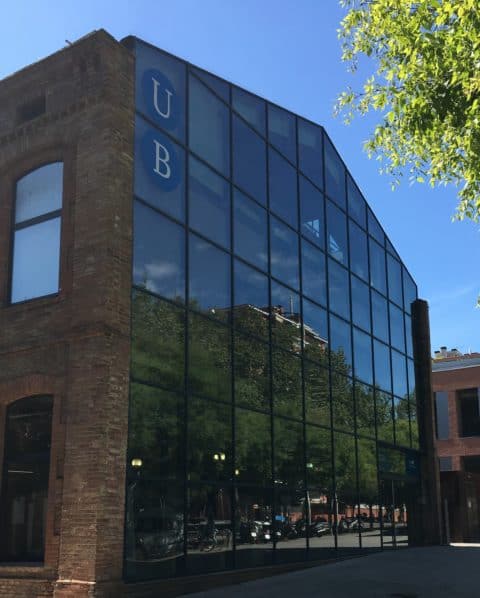 The city council has created a department with its own Commissioner for the SSE and has developed a range of measures including raising awareness of SSE models, advisory services for start-ups and existing ventures, financial support in the form of grants and bank guarantees, access to use empty council premises, the use of social clauses in council tenders and the promotion of inter co-operation between SSE organisations.

The implementation of these measures is linked to work in local neighbourhoods engaging with local community networks.

The city administration is also promoting innovation in this sector and recently opened a new innovation centre (Innoba) which hosts an incubation community for the SSE.

Many of the support activities are run through the City’s Economic Development Agency: Barcelona Activa, which has had a greater focus on tackling some of the inequalities of income in different parts of the city since the election of Ada Colau.

The size of the SSE is impressive with 1,197 employee owned businesses, 861 cooperatives, 260 community-economic initiatives, and 2,400 other third sector organisations. It is estimated that the sector generates around 8% of all employment in Barcelona, with over 53,000 full-time employees, and produces an economic turnover of €3,750 million, over 7% of the city’s GDP.

The council stresses that their approach is one of facilitation – they don’t create the SEE but can help it develop. In doing this, the Council works closely with a variety of organisations in the sector. This includes the Catalan Federation of Worker Co-operatives and Coopilis, a co-operative led initiative that provides advice and help to groups of people that want to start a co-op (it has support from the Regional Government as well as Barcelona City). The council also works with two co-operative financial institutions: Co-op57, a financial services co-op and the Fiare Banca Etica, a co-operative bank.

As Mayor Ada Calau comes to the end of her term, an evaluation is underway of what has been achieved: clearly much has been done and it will interesting to see the results when it is published.

In the meantime, there are mayoral elections in May which will determine whether the city continues with this policy of promoting the SSE.  Whatever the result, I am confident that co-operatives and social economy enterprises will continue to grow and have an important role in the city.  Barcelona has a co-operative history and culture that pre-dates the Spanish civil war and for many, especially the young, this model of combining economic and social needs is more relevant now than ever.