Partners across Bristol have come together to define the vision they want for the city.

Bristol has launched its first ever One City Plan setting out ambitious targets for the future of Bristol, decade by decade up to 2050.

The One City Approach is Bristol’s response. Through a new city-wide governance framework, and the launch of the One City Plan, Bristol is breaking down silos and bringing people together in new ways to solve city challenges more effectively, create more resilient public services and increase the scalability of city innovation. 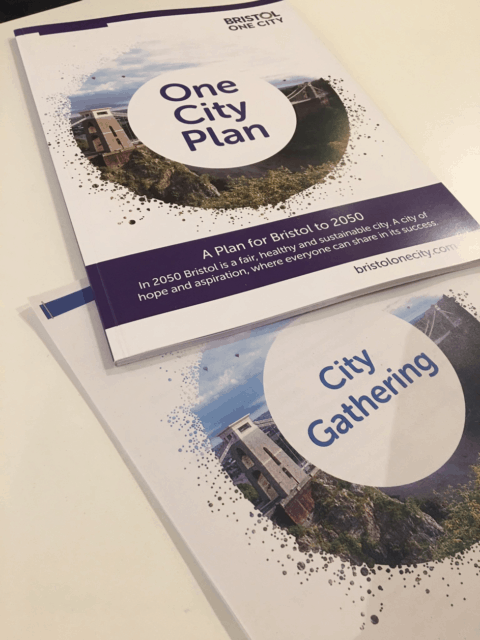 The One City Approach is in essence about facilitating a cultural change in the city and creating a paradigm shift in city governance. Shortlisted for the EU’s Capital of Innovation Award, One City is a pioneering model that is not being undertaken to such a degree in any other city of its size. The One City Approach is a Bristol-wide initiative; however, the driving force behind moving this from concept to delivery has been a small team of Bristol City Council officers from within the Policy, Strategy and Partnerships division.

Key to the approach is to work with the collective intelligence of many stakeholders and for those organisations to recognise that their future prosperity cannot be secured merely through what happens within their boundaries. The city context in which they operate is vital.

Therefore, partners from across the city’s business, charitable, academic and public sectors all contributed to the first draft of the plan which aims to make Bristol fair, healthy and sustainable with reduced inequality.

The plan has a vision for each decade and goals which fall under six priority themes; Health and Wellbeing, Economy, Homes and Communities, Environment, Learning and Skills and Connectivity.