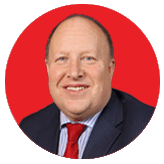 Cllr Tony Newman was elected the Leader of Croydon Council in May 2014.

A Croydon resident since 1985, Councillor Tony Newman was first elected to Croydon Council in 1994. Prior to his time as an elected representative for Croydon, Councillor Newman had a very different job as a professional musician.

Cllr Newman has a background in housing, working for the charity Shelter amongst others, he became chair of Croydon’s housing committee two years after being first elected. In 2000 he was elected as chair and spokesperson of the London Government Association’s housing committee, a position that he held for five years.

Upon his re-election in 2014, Councillor Newman emphasised how his vision for a strong, vibrant, clean and safe Croydon was as strong as ever, and he has since paved the way for this vision to be achieved. Guiding Croydon through an exciting period of investment and regeneration, with a series of major projects underway including Box Park, the Hammerson & Westfield development and the much anticipated rejuvenation of Fairfield Halls, Councillor Newman retains his ambition for Croydon.

Jamie Audsley has been a Labour Councillor for Bensham Manor Ward in Croydon since May 2014. He is also the Deputy Cabinet Member for Economy and Jobs.

Jamie grew up in South London and has always been passionate about social justice and how the status quo can be challenged. He has, and continues to be, an avid campaigner for the community land trust model of housing.

Jamie started as a researcher at The Young Foundation, then a project coordinator at London Youth and undertook the Teach First programme to spend two years as a Geography and Science teacher in Croydon. In 2009 he joined Citizens UK as a community organiser with special responsibility for schools work. After undertaking the Clore Social Leadership Programme he went to work at Pearson, the world’s largest education organisation where he worked in the UK’s Vocational Business Development and Innovation team.

Jamie is currently the Head of Education and Organising at ShareAction, a charity which is building a movement for responsible investment. 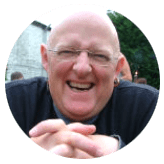 Nic Bliss is the Head of Policy for the Confederation of Co-operative Housing. A tenant member of a Birmingham housing co-op, Nic authored the DCLG funded National Tenant Organisation Tenants Leading Change publication An Investment not a Cost, outlining research carried out into the business benefits of involving tenants.

Having worked with many local authority and housing association landlords and tenants over the last 25 years, Nic has wide ranging experience of and has played a shaping role in the evolving tenant involvement agenda. Nic is also a leading expert on co-operative and community-led housing, working with various communities, local authorities and housing associations on developing community-led housing schemes of all tenures in England and most notably in Wales, where he is working with the Welsh Government to support their commitment to co-operative housing. 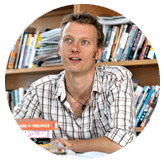 Paul Chatterton is a writer, researcher and social activist. He is currently Professor of Urban Futures in the School of Geography at the University of Leeds where he co-founded the ‘Cities and Social Justice’ Research Cluster and MA in ‘Activism and Social Change’. He is currently Director of the University’s Sustainable Cities Group. He has written extensively on urban change and renewal, civic experimentation and movements for social and ecological justice. Paul is co-director of the N8 universities ‘Urban Living’ research programme and Director of a cross research council Urban Living Pilot programme in Leeds called TRUE (Transformational Routemapping for Urban Environments).

He is co-founder of the public charity ‘Antipode’ dedicated to research and scholarship in radical geography and an associate editor of the journal ‘City’. Paul is also co-founder, first secretary and resident of the pioneering and award winning Leeds based low impact housing co-operative Lilac (www.lilac.coop) . 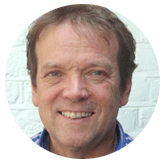 Jon has worked in housing and homelessness for over thirty years. He is a visiting Senior Fellow at Cass Business School and director of the Self-Help Housing Network, which works with community led organisations wanting to procure housing for their clients/members, via use of vacant housing stock.

In the past he has worked for the National Housing Federation, London & Quadrant Housing Trust and what is now Homeless Link. He been a board member of NCVO, Shelter and a number of housing associations, including Hyde, St Mungos and Look Ahead. While working in Birmingham in the 1970’s, he was a founder member of Small Heath Co-operative Housing Services and also its chair. He is currently a board member of CDS. 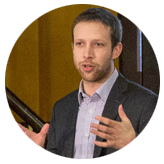 Calum leads Citizens UK’s housing work, which includes being Co-Director of London Community Land Trust. As part of his work with London CLT, Calum has taken the organisation from having its first site identified, to active conversations in over 11 neighbourhoods across London for further sites for CLT homes. There are currently commitments from local authorities to help deliver over 440 homes across London, secured through local organising campaigns. Beyond his work with London CLT, Calum leads on developing Citizens UK’s housing campaigns in London, recently the focus of London Citizens’ Mayoral Accountability Assembly. At the event, both major candidates, Sadiq Khan MP and Zac Goldsmith MP, were joined by 6,000 Londoners and pushed for commitments on housing, were they to be successful in becoming the next Mayor of London.

Calum is also the Community Organiser for Peckham Citizens, a broad-based alliance of community organisations in Peckham, which founded with 330 local people in March 2016. He has trained over 400 community leaders across the UK in how to organise and guest lectures at a number of academic institutions in the UK. Calum holds a BArch (Part I) from the University of Sheffield and a Professional Diploma in Architecture (Part II) from the Sir John Cass School of Architecture. 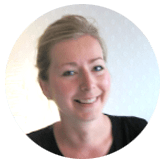 Catherine Harrington has been the Director of the National CLT Network since establishing the Network in September 2010.

The National CLT Network is the official charity for Community Land Trusts (CLTs) in England and Wales. A membership body, the National CLT Network promotes and supports the work of the 175 CLTs nationally and works with Government, local authorities and lenders to establish the best conditions for CLTs to grow and flourish. It runs several grant programmes to support CLTs, including the CLT Start-up Fund and the Urban CLT Project.

Catherine joined the National CLT Network from the Department for Communities and Local Government. Previously she has worked at Notting Hill Housing Trust and the Institute for Public Policy Research. Catherine has an MSc in City Design and Social Science from the London School of Economics and holds a BA Hons in Social Anthropology from the University of Cambridge. 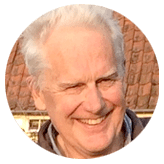 Stephen Hill is a Chartered Planning and Development Surveyor, active within the profession to promote a wider understanding of spatial planning and sustainable development in the delivery of regeneration and growth area projects. He is Director of C2O futureplanners, land economists and spatial planners and co-founder of the futureplanners network of independent practitioners. 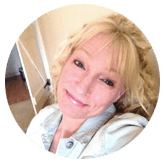 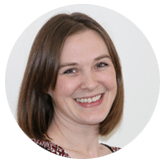 Jenny is currently responsible for leading the BSHF Community-Led Housing programme. They are facilitating an initiative to increase the scale of community-led housing delivery in England (with links to Wales, Scotland and sometimes internationally) through intensive support. Activities include a funded promotional drive, proactive work to foster collaboration and wider interaction, and a series of bespoke funded outputs to support the development and visibility of the community-led housing movement. Activities are funded by the Nationwide Foundation. All BSHF support for the programme (including staff time and some additional funding) is provided in kind.

Before joining BSHF Jenny worked in housing roles within a Council and for a housing research consultancy. 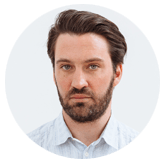 Toby Lloyd has worked in housing policy across the public, private and voluntary sectors for over ten years. He joined Shelter as Head of Policy in 2011, and led Shelter’s proposal for new garden city that was the runner-up for the Wolfson Economics Prize 2014. He is now Head of Housing Development. Previously he led Navigant Consulting’s policy and strategy division, where he advised local and national government and the private sector on housing, planning and regeneration. He has been a senior policy manager for the Greater London Authority, a project manager for the London Rebuilding Society, and taught financial history at the LSE. 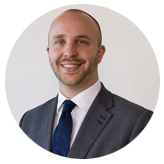 Dave Smith is the External Affairs Manager for London for the National Housing Federation. He is a Board Member of the London Community Land Trust, where he worked between 2008-2014 as the founding Executive Director, helping to set up the organisation and see it through to the point of starting construction on the St Clements Hospital site in Mile End. Prior to setting up LCLT whilst working for its partner organisation CITIZENS:UK, Dave worked on Barack Obama’s primary and general election campaigns and for the British Council. He holds a degree in Social and Political Sciences from King’s College, University of Cambridge, and is studying for Masters in Housing Development and City Planning at the Bartlett Planning School at UCL.