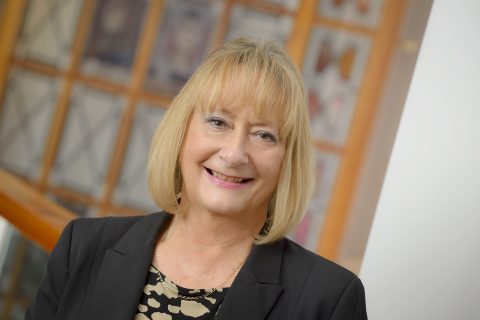 Two weeks ago I wrote about Universal Credit, and how it was an example of the coronavirus pandemic shining a harsh spotlight on economic and social issues which have already existed for a number of years. Today I want to return to that subject with the consequences the pandemic has had for local government finance.

It’s no secret that local government has suffered the brunt of ten years of austerity. Income from council tax makes up just 18% of our current funding, with the majority of the rest coming from the government in the form of Revenue Support Grant and other payments. This money has been cut again and again since 2010, meaning that over the past six years we have had to save £160 million to set the balanced budgets that we are legally required to deliver. This has involved redesigning many of our services, or in some difficult cases, stopping services altogether. We’ve also had to ensure that we maximise what income raising powers we do have in areas such as Council Tax, Business Rates and Social Care. This allowed us to continue delivering vital services to our residents despite the challenges of the age of austerity.

The coronavirus pandemic has thrown this delicate balancing act into a tailspin. Councils up and down the country are now facing shortfalls that run into the billions of pounds. This has been caused on the one hand by lost revenues in areas such as council tax payments, parking charges and leisure fees, and on the other hand by a massive spike in demand in areas such as social care and housing rough sleepers. The exact cost will depend on the duration of the pandemic and the lockdown, but research by Newcastle City Council estimates that it could reach up to £10 billion.

This far exceeds £3.2 billion the government has so far committed to help local authorities manage the pandemic. In Tameside’s case, as an average sized council we expect our cost pressures to be approximately £25 million higher this financial year. Our share of the £3.2 billion of extra funding will only cover around 40% of what is needed to balance our income with our outgoings. Worse still, we are hearing worrying signals from the government that they have not yet grasped the scale of the financial disaster that may end up unfolding on their watch. At the beginning of the pandemic we were promised that they would “do whatever is necessary” to secure funding. Now we’ve been told to “not labour under a false impression” that all costs will be covered.

We cannot become complacent now. The government must recommit to providing whatever funds are necessary to Councils to help us overcome this emergency. I appreciate that £10 billion sounds like a lot of money, but it is far less than many of the other important measures that the government has approved, such as the £13.4 billion of NHS debt they have written off, or the £39 billion that the Office for Budget Responsibility has estimated that the furlough scheme will cost.

And in the long run, £10 billion is a far lower cost than the alternatives if the government does not provide the needed support. In the best case we will have to find yet more cuts in vital services that have already been sliced to the bone, affecting our most vulnerable residents and passing even more costs onto a stretched NHS. The worst case scenario will see councils go right to the edge or, in many cases, straight over the edge of bankruptcy.

I have already written to the Prime Minister expressing these concerns, and asking what will be done to fully support local authorities during these most unprecedented of times. The recovery of our communities and our country will depend on the decisions made over the next few weeks. We have come too far now to not do whatever else must be done.