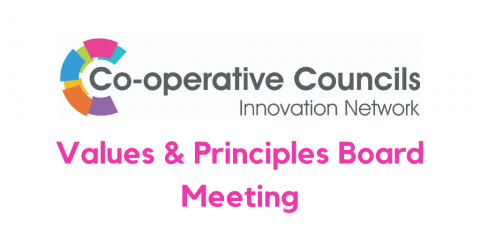 At the LGA conference held in Harrogate on Tuesday the 30th of June the CCIN held its fringe event on co-operative approaches to devolution. The event explored the potential for a cooperative approach to devolution that combines economic growth with a strong focus on reinvigorating democracy and rebalancing the relationship between citizen and state.

Please find below are the notes and presentations given by the speakers.  A complete write up of the event is available on the CCIN blog pages.

Cllr. Burns’ notes provide some general background from Edinburgh and Scotland; some specific experience/examples from City of Edinburgh Council and learning on the importance of cultural change to help embed devolution.

Developments in Scotland and city regions in England provide a historic opportunity to break down the UK’s overly centralised system of political governance. But there is a danger that devolution simply transfers power from Whitehall to town halls, failing to empower local people. This event asks whether a cooperative approach to devolution – built on genuine partnership with citizens – can create economic growth but also reinvigorate local democracy and foster more prosperous and empowered communities.

3. Gareth Swarbrick – The RBH mutual Rochdale Boroughwide Housing (RBH) is the UK’s first tenant and employee co-owned mutual housing society, with 14,000 homes throughout the local area. Drawing on the area’s rich co-operative heritage, RBH’s model places members at the heart of decision-making, allowing everyone to enjoy a sense of security and belonging.