The future of a long-standing community centre in South Tyneside has been safeguarded following a successful asset transfer programme.

Against a background of cuts in central government funding, South Tyneside Council asked for community support to keep open the Borough’s Community Associations.

As a result, all the facilities have been saved from closure and are going from strength to strength.

In the case of Bilton Hall Community Trust, the former Low Simonside Community Association has been turned into a successful, self-sustaining centre, providing the community with a venue where they can do activities, learn and relax.

By researching what local people want, the centre believes it has found the recipe for success and usage is on the rise.

The centre now runs two weekly groups for young people where they can meet to socialise, play pool and take part in sport.

In addition, amateur boxing club, Bilton Hall Boxing ABA, which plays a key diversionary role in keeping young people from potentially getting into trouble, has been saved from closure.

At least 250 people use the Bilton Hall Amateur Boxing Association which was at risk of closure before the charity stepped into the breach. Not only has its future been secured, the centre is now looking forward to improved premises through funding bids from Sport England’s Community Asset Fund and Ballinger Charitable Trust. The centre manager is currently working to match that funding with the support of the boxing club and hopefully the work on the new purpose-built facility will start later this year.

Boxing club leader Martyn Devlin, who has been involved in the club for over 30 years, said: “We have had thousands of young people over the years come through the doors.

“Boxing teaches them discipline, dedication and physical excellence but we also try to guide the kids away from drugs and drink. It can be difficult in this area because there’s a massive unemployment problem. In the past there were plenty of jobs in shipbuilding but it’s so much harder now for young people but I feel this club plays a key role in helping to keep kids on the right tracks.”

Robbie Colman, 21, who uses the boxing club said: “When I first left school I could easily have gone down the line of getting up to no good like some of my friends but the club definitely played a key role in keeping me on the straight and narrow.

“I could have got into trouble but boxing really changed my life and gives me a lot of respect.” 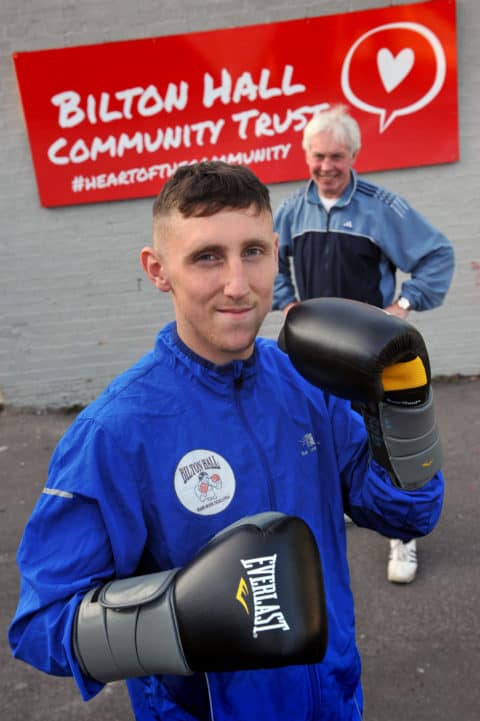 The centre has also strengthened links within the community for the older generation, with supported funding to engage in activities on a regular basis including games afternoons, afternoon teas and evening entertainment. A National Lottery Community Fund bid is expected.

As a result of the Council putting co-production at the heart of its strategy, and thanks to the dedication of volunteers, community associations look set to go from strength to strength in South Tyneside.