There is a long legacy, in Rochdale, of citizen involvement in the development, delivery and leadership of services.

In 2017, a group of citizens and system leaders got together to think about the implications of devolution in Greater Manchester and the reform of public services.  They agreed that it might be worthwhile to take action together to understand how citizens might be more involved in the development, delivery and leadership of system change.

With support from academics from Edge Hill University, this started with the formation of a set of principles around which joint work could take place.  The citizens were then asked to consider the system in Rochdale borough, as part of the Greater Manchester City Region and identify themes or areas they’d like to focus on. 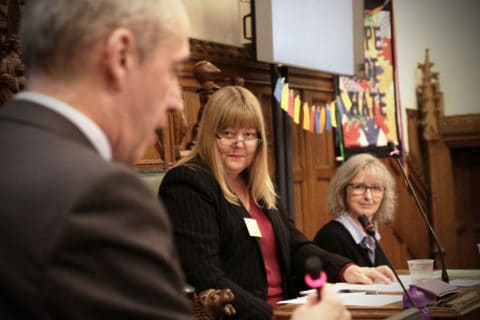 This took a number of weeks, starting with conversations about very broad themes based on a door knock community research activity which had taken place in two housing estates in the borough.  From having time and attention to talk in detail about the things that were important to them, having understood what people had said on the doorstep, they came up with two themes.