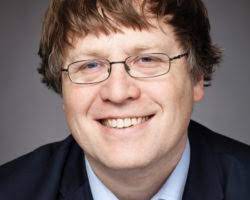 At the Public Service Transformation Academy, we’re increasingly working with people doing place-based change, integrated care systems, and ‘integration’ more generally. It’s often repeated that the work to integrate health and social care began on 6 July 1948, and in 2013 I wrote a piece speculating about the success or failure of Community Budgets (the attempt at that moment to broaden ‘devolution’) which listed 37 previous attempts, mostly with their own acronyms.

So, failure is overdetermined. Frequent lack of contiguous boundaries, different incentive and budget structures, different political leadership (central versus local), not to mention the short tenure of NHS Trust chief executives (estimates from good sources talk of as little as 18 months). Well, we know the problems. And where integration and devolution have succeeded, there have been some common factors:

That’s not a replicable recipe. But, from our experience, some things do really work in integration. Start at the top. Build senior leadership relationships by networking – indeed socialising – in a non-competitive environment. Explicitly surface and make discussable the ‘different worlds’ people live in – the different pressures and incentives they face, and how they caricature each others’ worlds. Begin integration where it makes a real impact, not with frontline teams only but integrate, to the maximum degree possible:

Expect 30-60% of senior leaders to move on – the new ways won’t be a fit for them anymore, but at the same time, do everything possible to encourage continuity of those leaders who are driving the change.

Begin work on task-focused ‘missions’ which get people into a shared space producing something for the benefit of the whole system. And take opportunities, especially symbolic ones, to signal joint working – shared email and other systems is a massive step, have a policy of never replacing a senior leaver or retiree with one focused on a single organisation.

These are not a recipe either. But unlike big integrations, which avoid the hard conversations and leave silo’d senior leaders to unpick complex frontline and back-office sharing, they show real progress.